Nikon have announced that since June 2013 they have produced another 5 million lenses, reaching a total of 85 million Nikkors. As Nikon Rumors reports, it took them approximately two months longer to reach this 5m milestone compared to 2012. 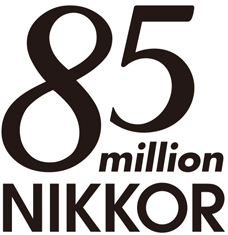 Here is the press release:

TOKYO – Nikon Corporation is pleased to announce that total production of NIKKOR and 1 NIKKOR lenses for Nikon D-SLR and Nikon 1 advanced cameras with interchangeable lenses, respectively, has reached 85 million in January 2014. For more than 80 years, NIKKOR lenses have set the standard for sharpness, reliability and image quality for both casual shooters and professional photographers alike.Nikon has steadily expanded its lineup of NIKKOR lenses in the past year, incorporating advanced optical technologies cultivated over a storied eighty-year history.

September 2013 marked the deployment of Nikon’s Optical Performance and Total Image Analyzer (OPTIA), a new measurement device that is able to measure all forms of aberration in interchangeable lenses for cameras, as well as a dedicated image simulator. Using OPTIA and the dedicated image simulator not only offers greater control over resolution, but also enables the development of lenses with more control over varying characteristics of each individual lens.

Is the bolded part only “marketing speak” or are Nikon truly committed to the Nikon 1 system? If it’s the latter, where is the V3?