This is the NXF1, Samsung’s Nikon 1 competitor

The first images and specifications of the Samsung NXF1 just got leaked by NXrumors. By the looks of it, the NXF1 is designed to compete with Nikon 1 J-series cameras. 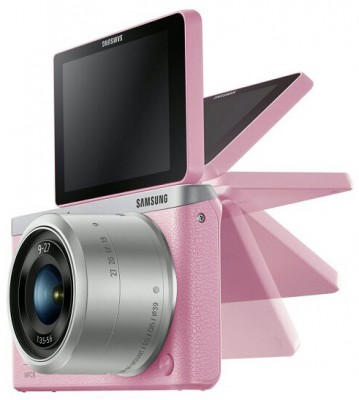 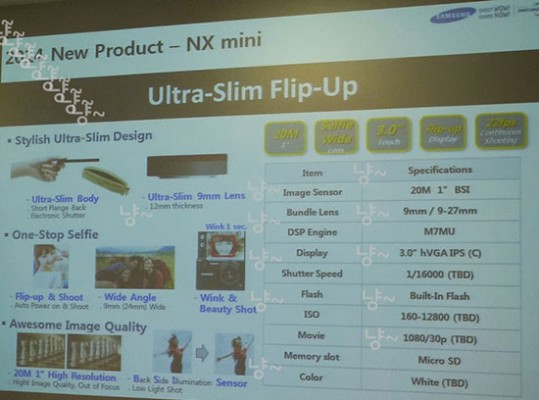 Although Sony produces 20MP 1” sensors for its RX10 and RX100(II) cameras, the base ISO of 160 and maximum shutter speed of 1/16000 identical to the Nikon V2 (which has an Aptina 14MP sensor) lead me to believe that Samsung is not using a Sony sensor in the NXF1. This sensor looks more like an improved 14MP Aptina sensor.

The 9-24mm kit lens has much better focal length coverage than Nikon’s 11-27.5mm kit for the Nikon 1 S-series cameras. The swivel screen is also a nice feature, absent on N1 cameras.

22fps isn’t as fast as Nikon 1 cameras, which can shoot at 60fps. However, if 22fps is with continuous AF, then yeah, it’s much better than 10fps and 15fps on Nikon V1 and V2 respectively.

Hopefully Nikon will feel challenged by Samsung’s entry into the 1” format realm and divert more resources into developing the system further at a faster pace.