Keeping the price point in mind, the 25mm f/1.4 CCTV C-mount lens is made of unexpectedly good materials – meaning mostly metal. It doesn’t feel heavy but it also doesn’t feel hollow, like many modern plastic lenses. But even if it were made of gold and diamonds, that wouldn’t change anything about its very bad overall design. 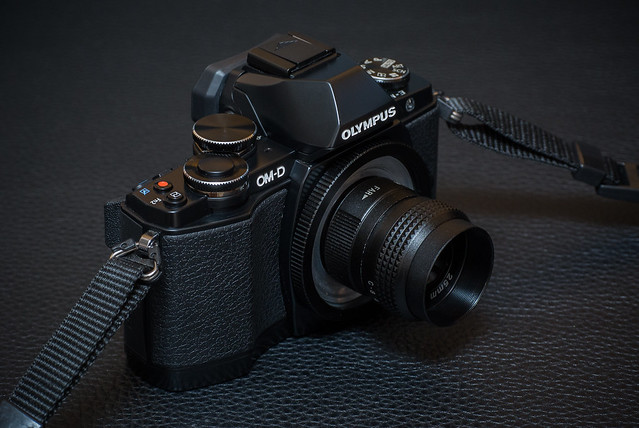 The most annoying thing about this lens is the reversed position of its aperture and focusing rings. Unlike most lenses, the former is next to the front element, while the latter is where you would expect to find an aperture ring – right next to the mount. Since the lens is so small, you feel even more compelled to grab the aperture ring, when focusing. Reaching the focusing ring is rather difficult for a person with average sized hands. The best you can do, is cradle the camera in the palm of your left hand, while stretching your index finger and thumb in an attempt to reach the focusing ring. In addition, the aperture ring turns really easily and is de-clicked, which often leads to an unintentional aperture change. The focusing ring is the exact opposite. It is very stiff, which in combination with it being hard to reach makes the focusing experience very bad. 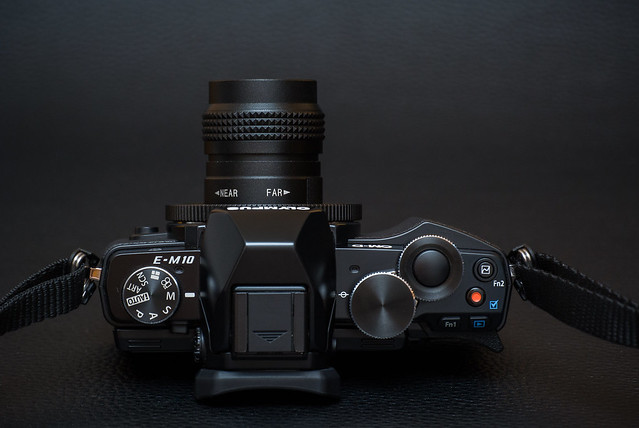 Like its bigger cousin, the 50mm f/1.4 CCTV C-mount lens, this lens also has a 6-bladed diaphragm. The aperture has an odd shape when stopped down. It resembles a slightly misshapen hexagon when you stop down to about f/4. The form stays this way up to f/8, at which point it looks like a rectangle. The irregular aperture shape produces “bokeh circles” of the same shape. Instead of nice round circles you will see hexagons or rectangles in the background, which is why you should avoid stopping down, unless you really need deeper depth of field.

In addition stopping down to an exact value is very hard to do, because there are no aperture stops. As already mentioned the aperture ring is “de-clicked” just like aperture rings found on cine lenses.

Aside from the huge issue of aperture and focusing ring being in the wrong places and the former and latter being too easy and too hard to turn respectively, the 25mm f/1.4 CCTV C-mount lens is easy to use on a current micro 4/3 body. On the OM-D E-M10 focus peaking and MF magnification help a lot with focusing. Use the former when a specific situation calls for faster albeit less precise focusing. Should you have enough time to fine tune the focus, switch to 10x magnification. This is the most precise way of focusing manually with a mirrorless camera. Don’t forget to manually set up the right focal length for the IBIS – 24mm is the closest one available. IBIS doesn’t only help with reducing camera shake, but also makes it easier to determine focus when using 10x magnification, thanks to a more stable live view feed.

In my experience metering on the E-M10 is as precise with this lens as it is with Olympus 45mm f/1.8 or Panasonic Leica DG Summilux 25mm ƒ/1.4 ASPH lenses. Still, if you are a control freak like me, enable the live view histogram, to know what your camera is doing exposure wise at all times. All in all the process of metering and correcting exposure is child’s play, despite this being a “manual everything” lens and there being no communication between lens and camera whatsoever.

The 25mm f/1.4 CCTV C-mount offers the lowest level of image quality of any lens I have tested on my OM-D E-M10. Wide open it is only semi-sharp in a very small circle in the center of the frame. Outside of this circle it’s unusably soft. Click on the crops to view them full size in a new browser tab. 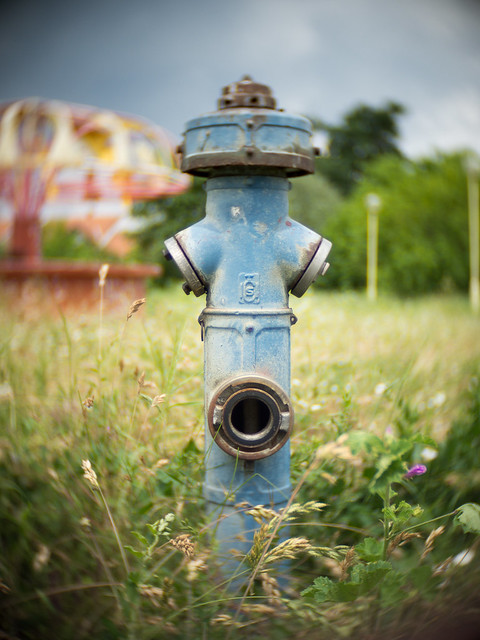 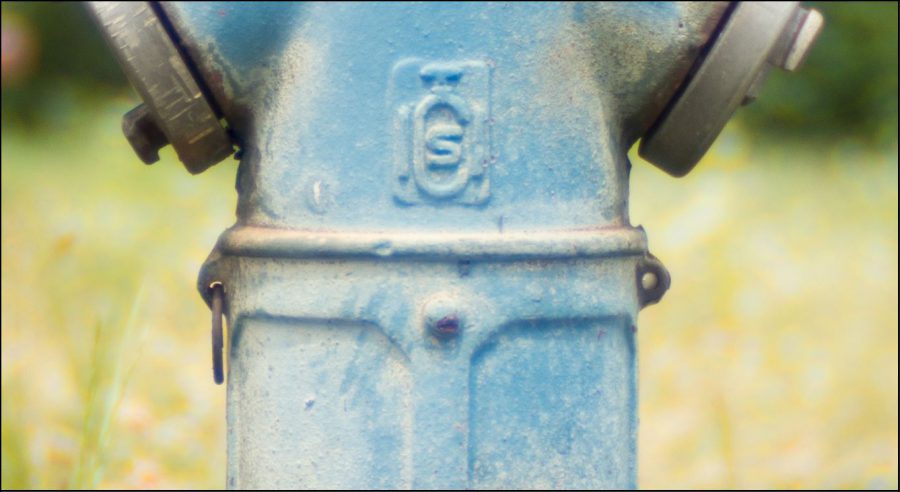 100% crop: just above the sei-sharp circle in the center 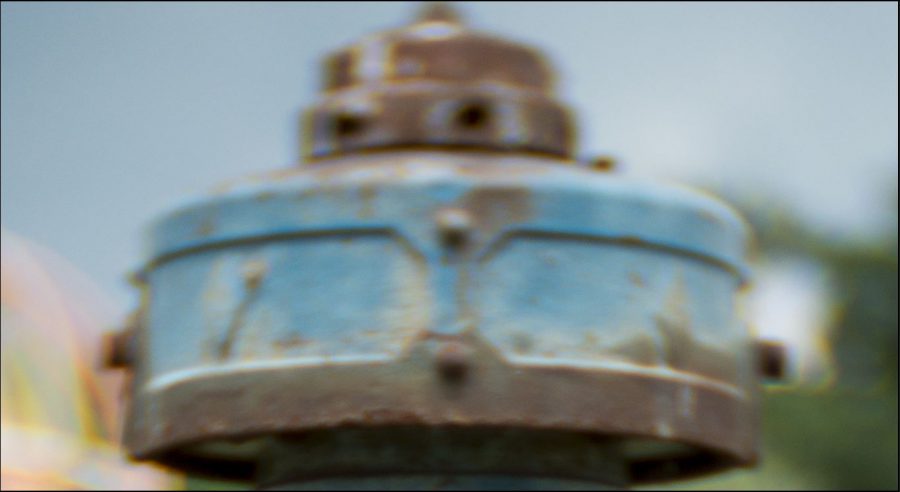 Usually sharpness improves a great deal, when you stop down. Not so with this lens. Stopping down to f/8 has almost no effect on sharpness outside of the said circle in the center. The lens remains unusably soft. 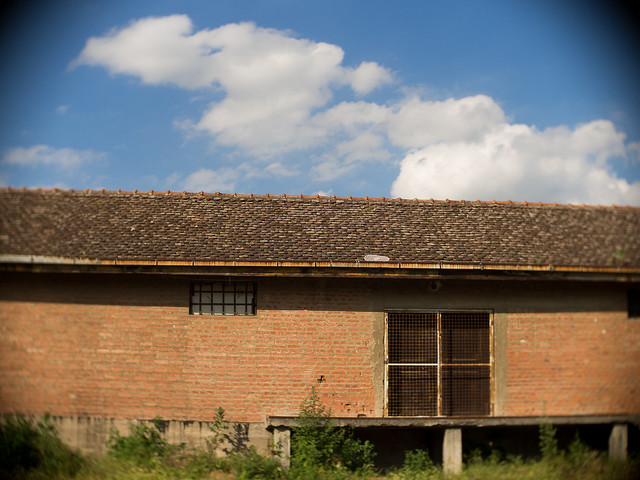 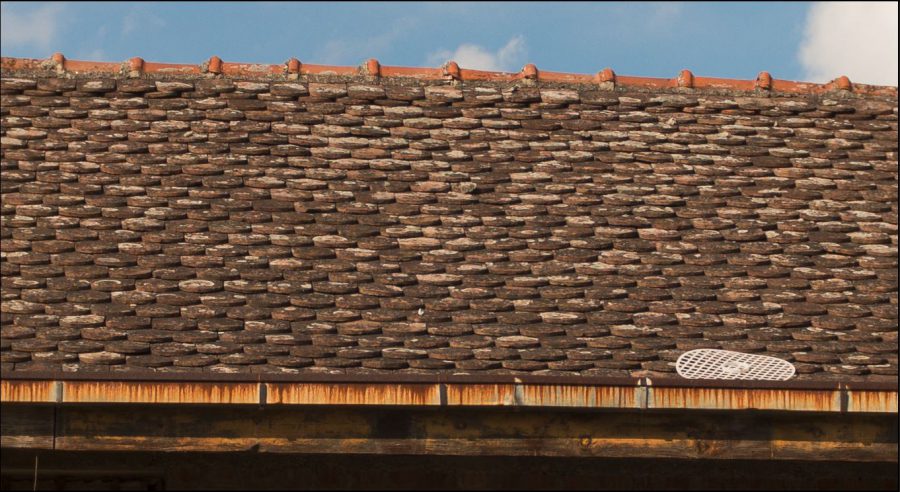 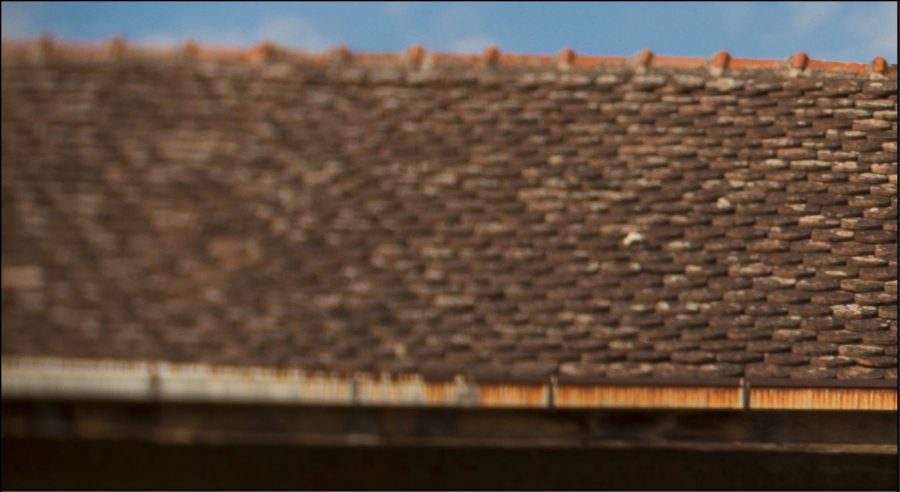 Vignetting is a huge problem with this lens. It is immediately apparent in regular shots. In shots of uniformly lit subjects there is no way you can miss it. Take a look at the following two photos of asphalt and sky. 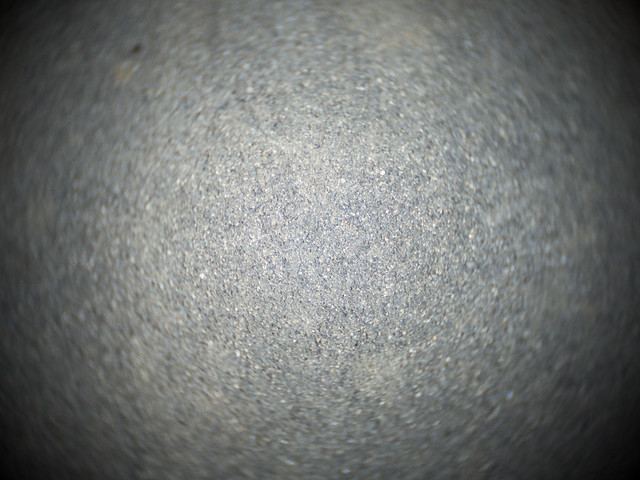 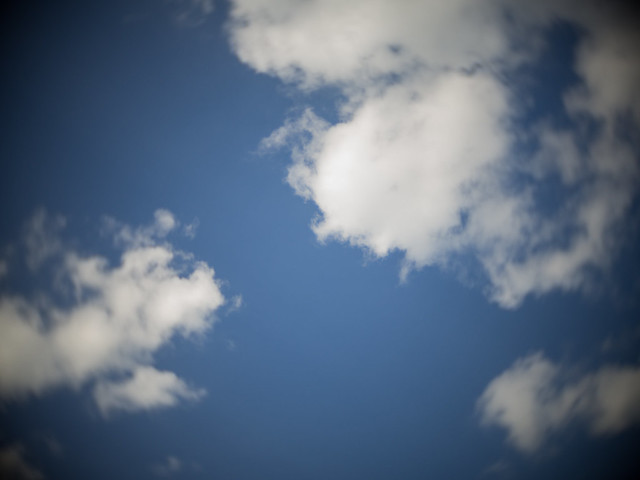 I don’t know of any lens that has stronger chromatic aberration than this lens. I have no idea how many pixels it is wide, but I’m pretty sure that photozone.de and other more technically oriented lens review websites would need to rework their graphs and measurement systems when testing CAs of this lens. Take a look for yourself. 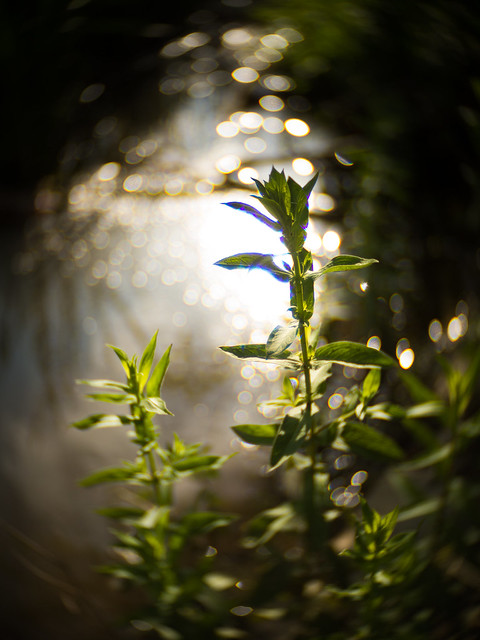 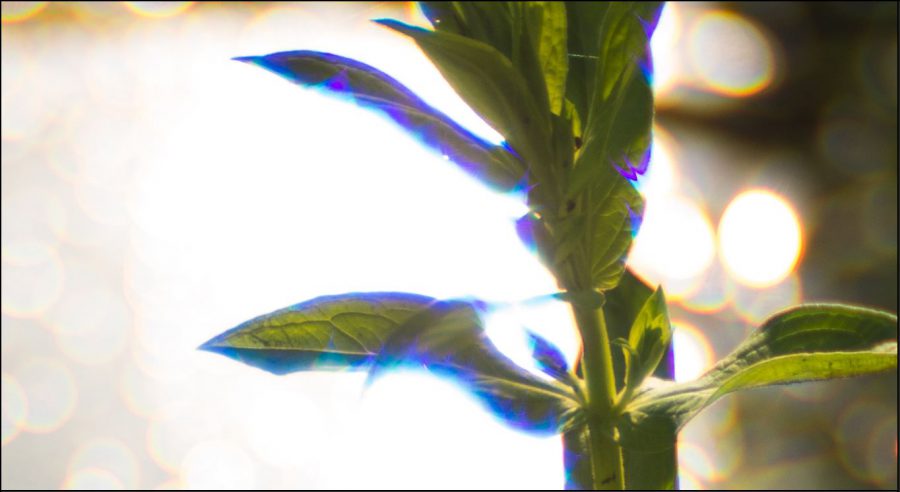 CAs as strong as these can’t be fixed in Lightroom. Some CAs remain after you use the CA removal tool, while others get desaturated to the point of being black and white. In my opinion this looks just as bad as having extreme CAs in the photo. 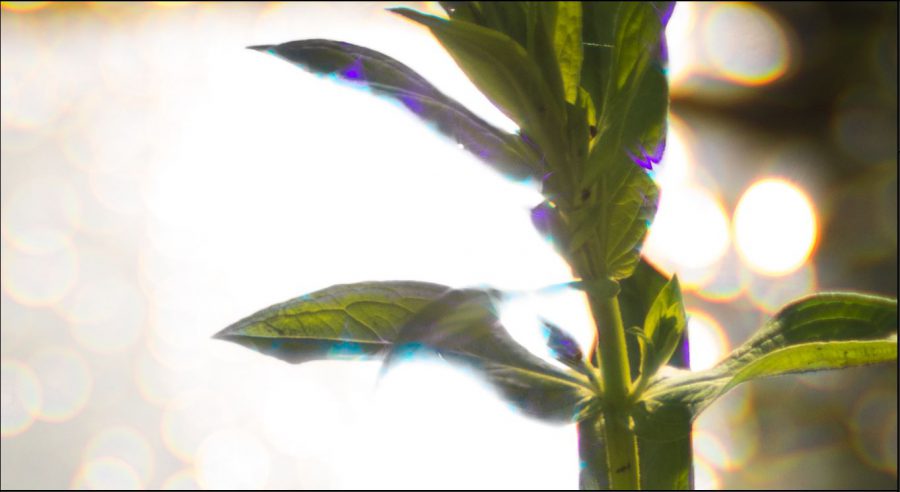 Bokeh is a very important characteristic of a fast lens and one of the most subjective image quality characteristics of all. That being said, there are some desirable aspects most people can agree on: smooth transition between a sharp subject and a blurry background, round bokeh circles even towards the edges (no “cat eyes”) and uniform bokeh circles without so called “onion rings” or outlining at the edges of the circles. Sadly the 25mm f/1.4 CCTV C-mount lens fails miserably in all of these aspects. It shows strongly pronounced cat eyes and outlining. 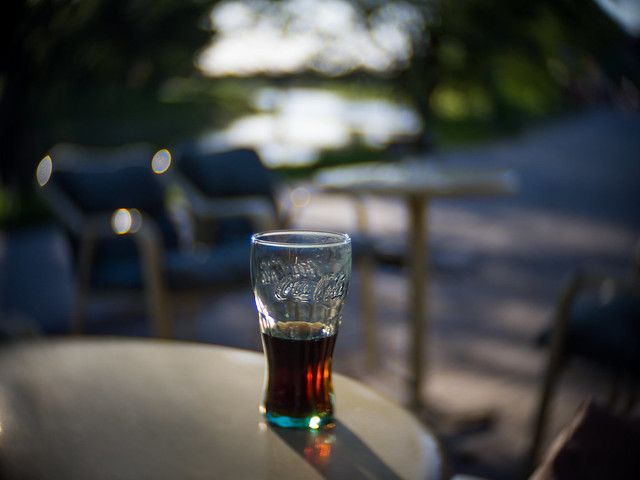 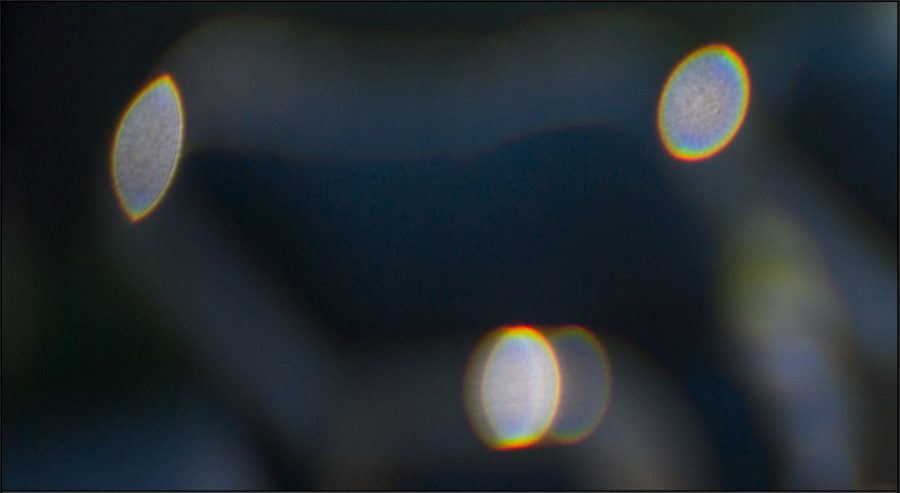 To make it short, although cheap this lens isn’t worth buying. It’s made of good materials but its design is nothing short of terrible. Due to bad aperture ring and focusing ring placement you will constantly be struggling to focus with this lens. You will be missing shots as well, because of the aperture ring, which can easily be turned to a wrong setting.

Image quality wise there’s a lot to complain about. Sharpness is low in the center and practically non-existent outside of the small circle in the center. Vignetting and CAs are possibly record-breaking. And to make matters even worse, bokeh is rather bad.

Bottom line: I can’t think of a reason why any M4/3 photographer would want to buy this lens.

Here are some of the photos I’ve taken with the 25mm f/1.4 CCTV C-mount lens and my Olympus OM-D E-M10. You can find a few more in my flickr set. 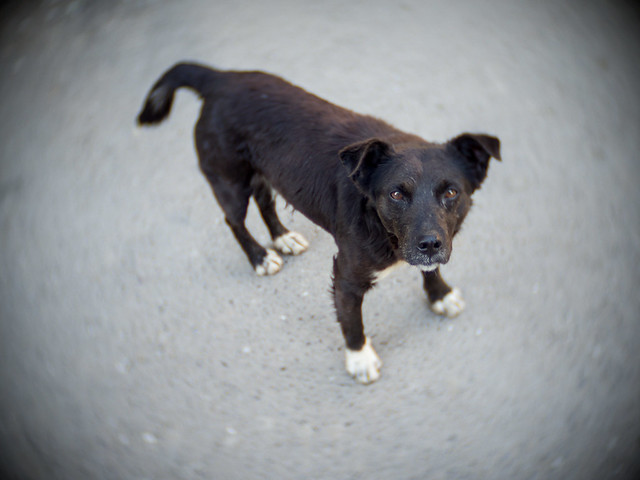 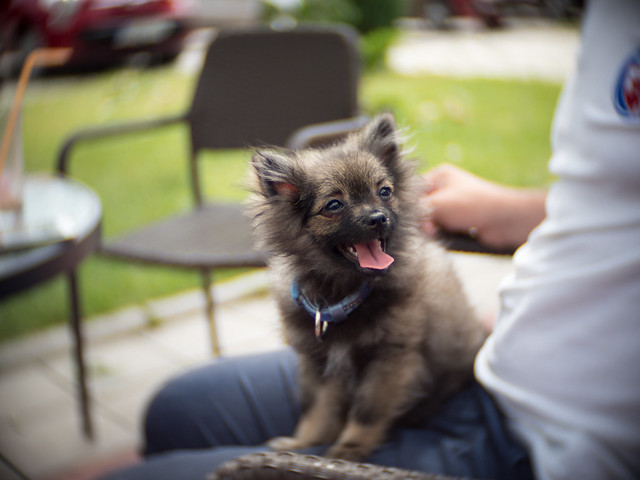 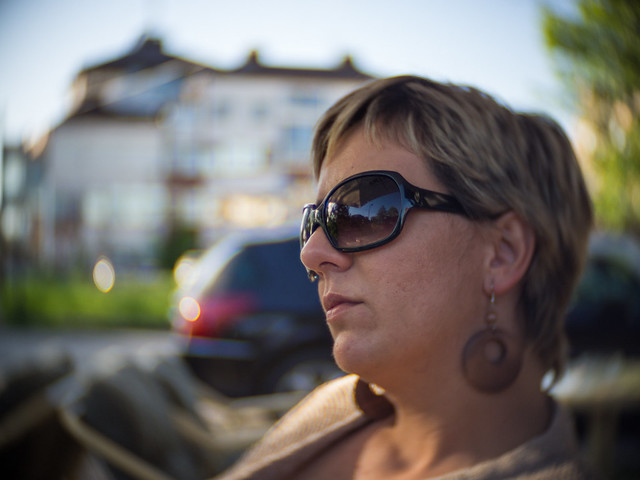 I’m an Amazon affiliate, who uses the modest commissions to finance the hosting of this blog, and this is where I usually embed links to AmazonUS, AmazonUK and AmazonDE for nice people who want to shop for photo gear at amazon and support me in reviewing gear by doing so. This time, however, I won’t be doing that, because I strongly believe that no M4/3 photographer who values image quality even the least bit should buy this lens. If you like my work and really want to support this site, give me a follow on social media platforms listed down below instead and recommend my blog to your friends who are into photography. Thanks! 🙂