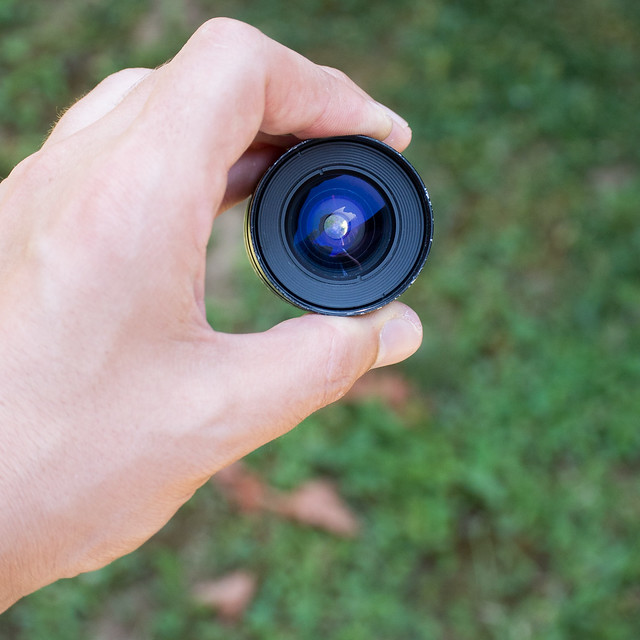 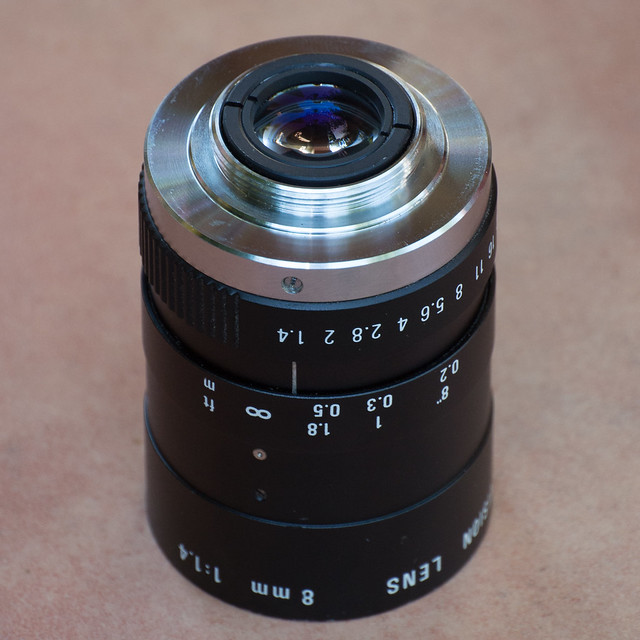 As I said earlier, both micro 4/3 and Nikon 1 lack a very fast ultra-wide angle lens. If you need a lens to fill that “wide but fast” gap, you might be tempted to try a fast and short C-mount prime lens. If you are contemplating on getting the Cosmicar 8mm f/1.4 for that purpose – don’t do it! As you can see down below it illuminates only a small part of the 4/3 sensor and doesn’t even cover the entire 1” sensor. 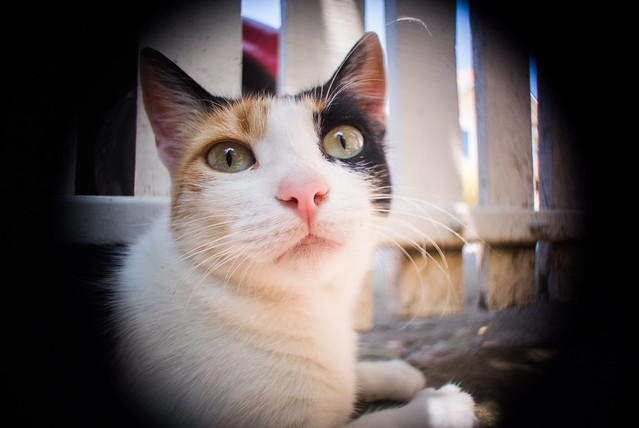 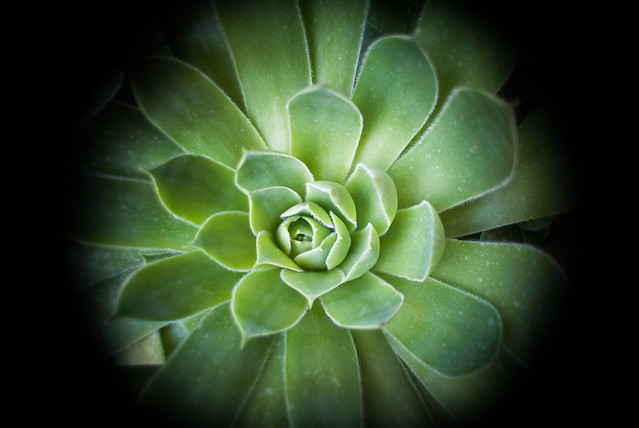 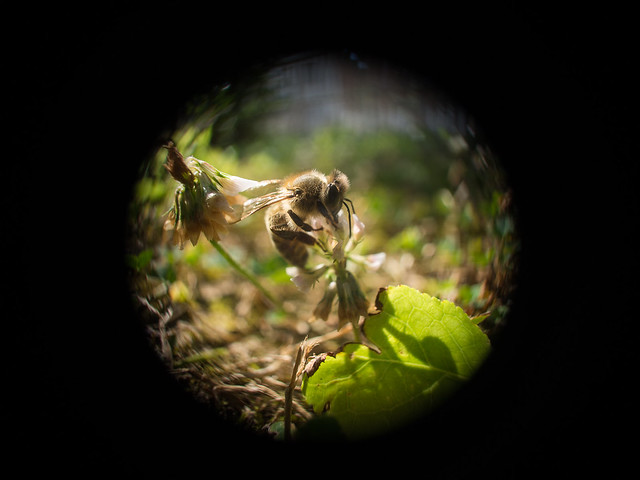 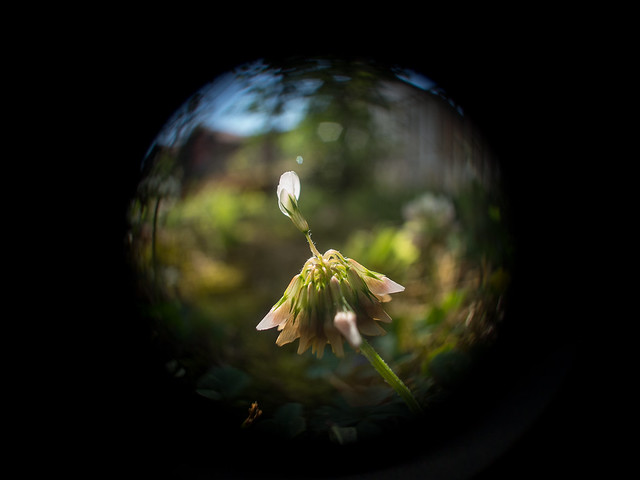 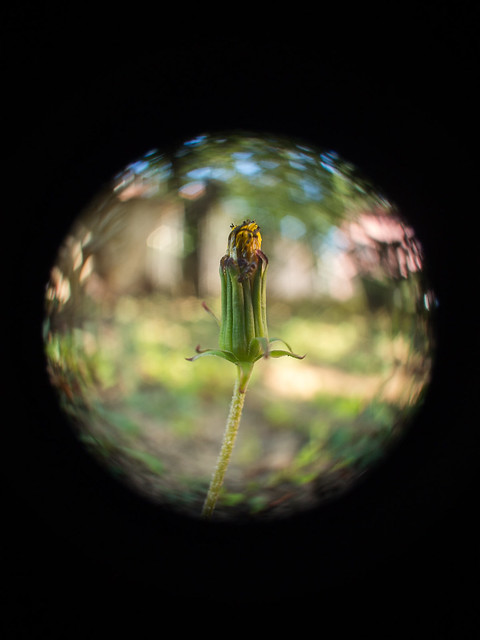 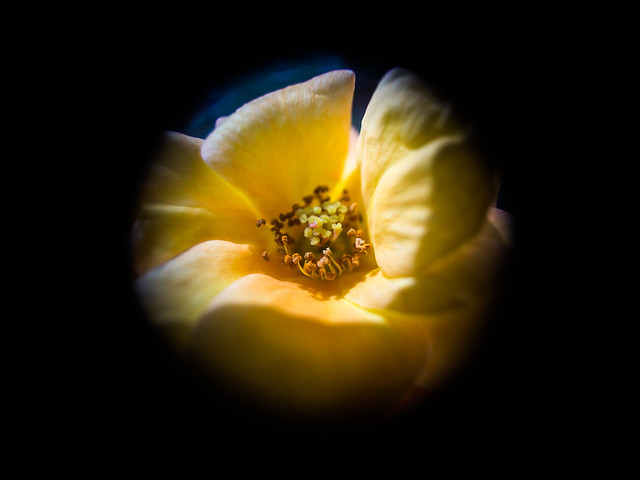 What the Cosmicar 8mm f/1.4 also can’t do, at least not with standard C-mount to M4/3 or Nikon 1 adapters, is focus far enough. The furthest it can focus on my OM-D E-M10 with my C-mount to M4/3 adapter is around 3cm or a bit more than one inch away from the front of the lens. On the Nikon 1 V1 the furthest distance is maybe 10cm or 4”. The lens isn’t suitable for what I had intended on either of the two cameras.

But let’s not be too hasty and call it a “total bust” right away. Just because a lens doesn’t work as intended, it doesn’t mean that you can’t put it to good use in a different way. Now, what I did before I shot the following image was remove the lens from the camera and use it in a freelensing fashion in retro position*. 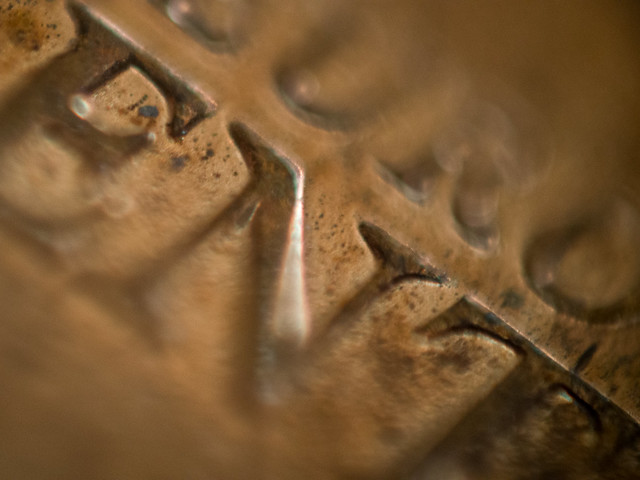 Do you have an idea what that might be? The image wasn’t cropped and it’s a bit soft because of narrow depth of field and long shutter speed. Let me give you a hint. 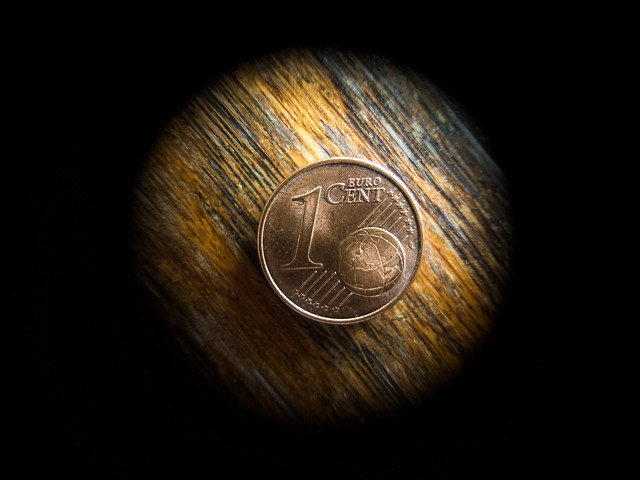 Yep, the “ent” part of “CENT” fills the entire frame or in other words crazily massive magnification. This goes waaaay beyond the magic 1:1 magnification ratio. After seeing the image on the rear LCD I immediately ordered a Quenox reverse ring. I intend to use the Cosmicar for some seriously tinny subjects. Stay tuned.