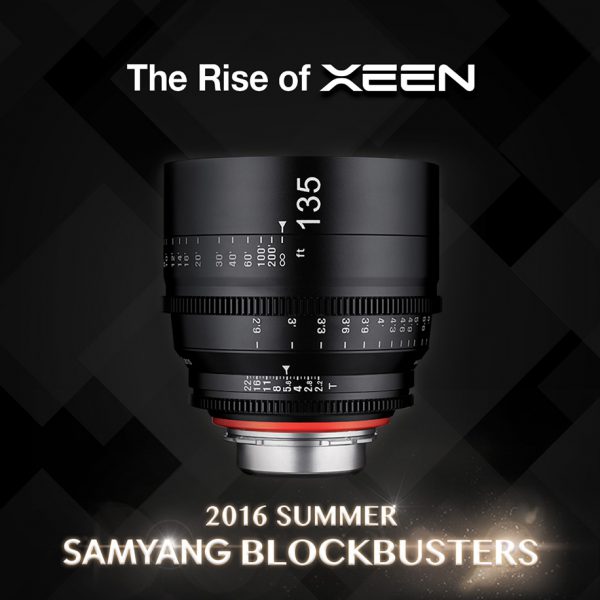 The South Korean lens manufacturer Samyang – also distributed under the Rokinon and Walimex brands in the US and Germany respectively – has announced the new XEEN 135mm T2.2 cinema lens for a variety of mounts. This is the first of five lenses Samyang will announce in the coming weeks. There will also be a micro four thirds version of this lens and according to the info on the official product page the lens mount is supposed to be interchangeable, so that you can use one lens on many different cameras.

With a 114mm filter thread diameter this lens is very large and no doubt heavy. One other interesting feature, aside from the interchangeable mount, is its rounded aperture with 11 blades. If Amazon US is correct with the price, this lens will set you back $2,995. 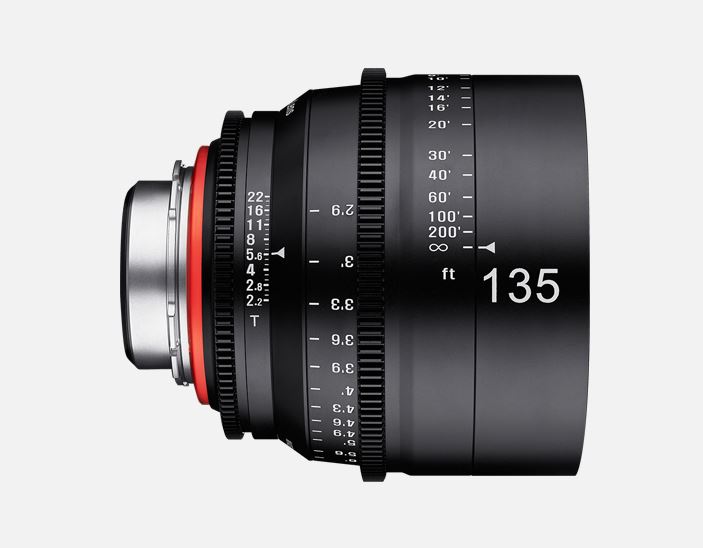 XEEN is a specialized brand in professional video-cine lens launched by Samyang Optics in 2015. The XEEN lenses are designed with Samyang Optics’ know-how and have outstanding optical performance for 4K+ with the X-Coating Technology, ensuring maximum image quality to create a cinematic look.

The 24mm x 36mm negative size allows XEEN to not only work with full frame cameras, but also with Super 35, APS-C and APS-H cameras. The lenses are available in five different mounts – PL, EF, F, E, and MFT and two different focus scales – metric and imperial units. Also, the aluminium metal housing is known for its reliability in various shooting conditions.

The new XEEN 135mm adds telephoto angle to the existing XEEN set, enabling to capture the sincere emotions and details of characters in films and videos. Also the bright T2.2 offers high quality footage with clear contrast and impressive colors, even under less-than-optimal lighting conditions. The large aperture also creates a pleasing bokeh effect for a cinematic look.

Moreover, Samyang has announced to release a total of five lenses throughout five weeks as a 2016 Summer Samyang Blockbuster campaign starting from XEEN 135mm. The other four lenses will be announced on every Monday from July 25th to August 15th.